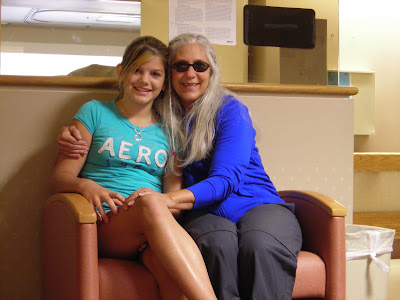 My grand daughter, Halley, and I took each other on an adventure in the winter of 2011. We agreed the weather was going to keep us from going on these adventures in reality, but it couldn't keep us from going by imagination, and communication. The following two adventures were traded in one day, January 23, 2011. Notice how we both were of the outdoor persuasion? it may have been cold outside, but we both still wanted to be out in the winter weather anyway. Halley lives in the Pittsburgh area, with her Dad, Mom and brother, and Bo and I are in north central Arkansas.

Today Ehmy and I got up and got dressed, brushed our teeth, and ate breakfast. Then we got into the truck and went somewhere cold and snowy and fun! Its Seven springs mountain resort, theres snowboarding, snow tubing, and theres a hotel plus in the lodge my favorite restraunt is the buffet.Yummm!! Finally were there, we got tickets to the snowboarding, skiing, and tubbing. First were going tubing, theirs a big hill and a small hill, and the big hill has four sections and the small hill has six sections. Then we went snowboarding, and had an awesome time. They have a small hill (which is called the bunny hill). The big hill is for the professionals. After that we went skiing I fell a couple of times and so did Ehmy but after a while we got used to it.

Finally it was time for dinner, we went to the buffet and had wonderful food, such as steak, salad, spaghetti ,and a lot more.For dessert I had cheesecake ,ice cream, blackberry cobbler. Ehmy had a chocolate cake and ice cream with sprinkles. Then we went home and went to bed. That’s what we did that day. J

Today is our day… just Me and Halley. For a January 23rd, the weather is pretty mild. Upper 40’s for the high, with cloud cover to keep it from getting colder than that. The ground still has a bit of snow from last Thursday, but just enough for the evidence of presence. That would be the secret to seeing her.

We jump into the Expedition, and head off south of Melbourne on Hwy 69. We both have our hiking boots on with warm sox, warm pants, gloves, a scarf, and me with my down coat and Halley with her Camo jacket, and orange vest. Even though we will be on private property, it is still bow season here in the north central Arkansas Ozarks, and we don’t want to take any chances. My down coat is bright yellow, but we’ll stop at D&L, the discount “everything” store at the edge of town and get my orange vest too.

It’s a very good chance we will be driving back to the house after dark, and we just ate a BIG lunch, but we need a little heat for the adventure, so we carry along two thermos’ full of Hot Chocolate… mine has a splash of mint flavor… m-m-m-m-m-m!

After getting my vest, we climb back into the truck and head a bit farther south. Halley wants to know more about the adventure, and asks, “Ehmy, have you ever SEEN this white doe, or only just heard about her?”

“Yep! Bo and I were telling someone about her one night as we drove them back to their house in the woods, here. Then we headed back out to the highway for home, and just as we got to this house,” I say stopping in front of a house on the dirt road, “there she was! She and about a dozen other deer, grazing in that front yard!”, and I point to where we saw her.

“Bo-bo turned the truck toward them, and we saw them all very clearly, and she looked right at us, and very casually, stopped eating and then they turned and trotted up that hill, into the trees.”

Now Halley gets a bit more excited, to know that I had really seen her, and it wasn’t just a local fable. We drive on to the “Y” in the road called Rose Trail, deeper into the woods. The winter bare trees allow us to see where the ice storm two years ago, had bent and broken so much of the woods. We travel about another mile to the entrance to our friends, Jeff and Laura’s log cabin home.

Halley sees the feeders in the yard on both sides of the drive, and says, “Ehmy! Look at the deer around that feeder! Two of them! And there is another standing by the trees at the edge of the yard!”

She watches with a smile, as they look at us as we drive slowly by them, and asks if these were some of the deer the White Doe hung out with.

“I don’t know, Sac. Jeff and Laura have seen her on their property a few times, but I don’t know which other deer she was with. If it is these deer, then we have a great chance of seeing her!”

I park behind the house, and we walk together to the pond in the back yard. It has a bit of ice over it, but nothing thick enough for people’s weight. We talk very quietly about the fish Jeff and Laura have stocked in their three ponds, and how Laura likes to make sure they are fed, even in the winter. A coyote howl in the distance, and I tell Halley how those critters have been quite a problem this year for the livestock, and small pets. A red tailed hawk circles in the upper winds above the pines, and we se a bright red cardinal eating from the bird feeders Jeff hung on the trees around the pond.

Then suddenly, and very quietly, she appears. Across the pond from where we stand, she steps out of the woods, bends her head down to drink, then just as quietly looks up at us, as if to say, “ See, Halley, I am real. And now you have seen something very special.” With almost no sound at all, she turns and walks slowly back into the woods.

Halley and I both just hold our breath while we look at her, and now begin to breathe again, and just look at each other. We don’t speak a word, stay there for just a few more minutes, then knowing we got what we came for, slip back into the truck and drive home.