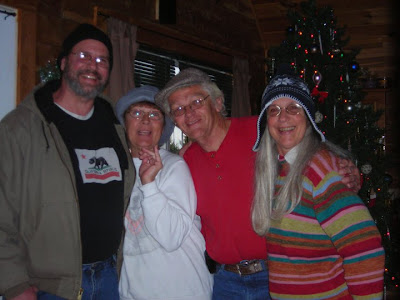 The Ozark Sillies Wish Everyone the Best of 2011 comes your way! Watch for articles on topics relative to our lives from contributing writers on the Frumps Magazine blogspot in 2011.
Posted by Unknown No comments:
Email ThisBlogThis!Share to TwitterShare to FacebookShare to Pinterest 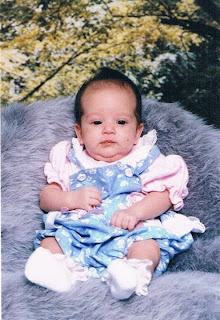 For the 14th Anniversary of the day I became Ehmy ( En Hanced Mommy) ...Granma... I called the lovely child who elevated me to this title... (from Great Mom... to Grandmom) ... Arrielle, to wish her the best day ever. Learning that she would not be doing anything in the early part of the day with her daddy, I expressed my desire to be there to enjoy an adventure all our own.
This not being geographically possible, I set out an agreement between us two. We would each sit down and invent - create an adventure we would take together.. IF we could be together this day. Then we would email the adventure story to each other that evening.
With Arrielle's permission, the following is the result of this fun birthday adventure- not one but 2 adventures we took in our minds together from two different places in this world... January 4, 2011.
Adventure in Florida:

“Do you remember the time that we went to the Shell Factory?” Ehmy asked.

“Of course I do, didn’t Halley come with us and Bo too?” I reply.

“I think so, and we went to the fish place for lunch, and Bo told you the joke about the scientists who thought that they could make their own people without any help from God, and they had to use some dirt, which was made by God, so in the end, they had to use God’s help.” Ehmy explained.

“Yeah, I remember that. And then he put vinegar on his French fries, which I thought was really weird.” I add.

“Yeah, so I was thinking that we could do that again for your fourteenth birthday. Do you think that that would be okay?” Ehmy asked.

So, there we were, on our way to the Shell Factory. I know, I know, just running off like that without even asking my dad, pretty irresponsible and impulsive, but when we got there, we called him and we told him where we were, and he said that he was fine with it.

“So what do you want to do first?” Ehmy inquired.

“Can we go see the shark’s mouth in the front; I want to take some pictures so we have them.” I reply with another question.

“Whatever you want to do, it’s your birthday,” she tells me.

“Alright then!” I pleasantly reply.

We then proceeded to run amok in this house of shells and miscellaneous objects for the rest of the day. When we got home, we were so tired that we fell asleep on the couch and the rocking chair. I guess we really know how to have fun with just us.

She was as excited about just being on an adventure as I was. We left Bo, My husband, and Jimi, Arrielle’s Dad, back at the house in Arkansas to hang out together while we did our ‘girl’s days’ trip, and sort of on stand-by in case we needed rescued from car trouble , or that kind of emergency. Cell phones and road maps in hand, kisses and hugs and promises of text-ings and phone call for updates, we were off.

We headed southeast where the mighty Mississippi touches Arkansas on one side and Mississippi on the other. Tunica. No, we weren’t going to the Casinos… or maybe we would! With an adult, Arrielle could probably get into some of the entertainment, and …. Well… no better not go in that direction….

Anyway, we were enjoying the sunshine, warm air and thought of such a day being perfect for our trip. This was the first time we had gone anywhere without the guys, like an overnighter, and we gave it no thought, when we made the plan. It was kind of weird though because almost every time I said “ hey Bo! Look at that…”, or she would say, “Dad, when are we…”, we would laugh and then get quiet… and think about those poor guys just hanging out at the house missing out on all this good stuff we were gonna do and see.

By the time we got just one hour’s drive from the house…we were both thinking the same thing, so I just said it. “Hey Arrielle! Would you mind if we went back and got the guys, and maybe just shortened the adventure to one overnighter? Maybe they would like to go with us to spend the night someplace on the Mississippi River, and see all the things we were gonna see, and do all the things we were gonna do, and we could all be together?”

When I saw the big smile on her face, I knew she felt the same way… so that is what we did!